The first intake of students in the Jason Mohammad Academy celebrated their graduation on Friday the 24th of June, enjoying refreshments and a showreel of their productions over the course of their studies at Cardiff and Vale College (CAVC).

Radio and television presenter and broadcaster Jason Mohammad launched the Academy in 2021 for young people who are interested in pursuing a career on the airwaves.

Over the one-year programme, members of the Academy are provided with an in-depth introduction to media and journalism from one of the UK’s most experienced broadcasters, adding crucial skills and experience to their CV that will help them stand out from the crowd once they finish college.

Jason said: “This Academy is one of the highlights of my 25-year career. When we launched it, we hoped to inspire a generation of young talent – but what we’ve achieved is much more powerful than that. Our graduates have created superb content, their skills have been enhanced and their confidence has rocketed. They now believe what I said at the start: that they can achieve anything in the creative industries, no matter where they live or went to school. We have instilled a belief in them that will last a lifetime.”

Kay Martin, CAVC’s Group Principal, added: “We’re delighted that the first year of the Jason Mohammad Academy has been such a success. The students have all gained a great deal from the programme, and it’s great to see how they’ve developed their expertise through working with Jason and engaging with various forms of media. We’re now excited to welcome next year’s cohort to the Academy." 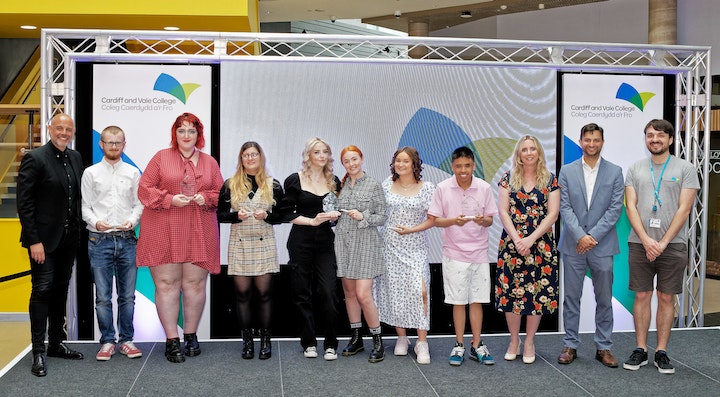 The programme will run again in the 2022–2023 academic term with an updated curriculum, and there will be further details announced shortly.