Cardiff and Vale College Rugby Academy’s inaugural Captain, Wales International Ben Thomas, has come back to the College to help inspire the rugby stars of the future who are set to follow in his bootsteps.

The now well established CAVC Rugby Academy provides the perfect platform for young, dedicated students who have an interest in performance and elite level rugby. The Academy places a strong emphasis on balancing sporting performance with educational achievement and CAVC is committed to supporting players with both.

“The Rugby Academy will give you your first taste of professionalism,” Ben told the players. “The habits you develop here are ones you’ll take into your rugby career, be it with the Blues Academy, Premiership rugby or even playing for Wales.”

Saul, like Ben, chose to join Cardiff and Vale College from Corpus Christi High School to study A Levels after being offered scholarships at some of the UK’s most prestigious colleges for high performance rugby.

“I chose CAVC because it gives great opportunities to do A Levels and combine it with rugby at the same time,” the 16-year-old from Cardiff said. “Pre-season has been really enjoyable and really beneficial so far.

“I’m really proud to have been chosen as the joint Captain for this year and I’m excited to play alongside the boys in competitive matches now.”

Co-captain Tom, 17 and from Cardiff, also came to CAVC to do his A Levels. His decision to come to CAVC from Llanishen High School was also influenced by the opportunity to combine studies with high level rugby.

“Pre-season has been really good, quite intense, a lot of training and a lot of gym work but it’s coming together nicely now as we come to the end,” Tom said.

“We missed out on a lot of rugby last year so to be asked to be Captain for this season was really exciting, I’ve been looking forward to the opportunity and I’m just proud to be playing with such a great group of boys.”

Despite lack of opportunities to play forced by COVID-19 restrictions and lockdowns, the CAVC Rugby Academy has gone from strength to strength.

Alongside Ben, who received his first Senior level professional caps over the Summer and who was selected for Wales’ tests against Canada and Argentina, former players Evan Lloyd, Nathan Evans and Jake Beetham were all selected to play for Wales at U20 level.

CAVC Director of Rugby Martyn Fowler said: “While the CAVC Rugby Academy may be in its infancy compared to other institutions around the country, we are exceeding expectations. We have had more than 140 students represent. Cardiff Rugby at U18 and Senior club levels, and 32 of our student athletes have earned places at a national level from U18, U19, U20, U18 Sevens and Senior Sevens and at Senior national level.

“These achievements are a true indicator of the hard work and commitment put in not only by the players, but by the staff on the Rugby programme and their focus on continuous improvement. It also reflects the support the Rugby Academy receives from across the College at all levels.

“These student athletes and many more have the reassurance that no matter what obstacles their respective rugby career presents them, they have a degree from a desired destination, or an apprenticeship to support their transition to their career of choice. And everyone involved with the Rugby Programme is extremely proud of them.” 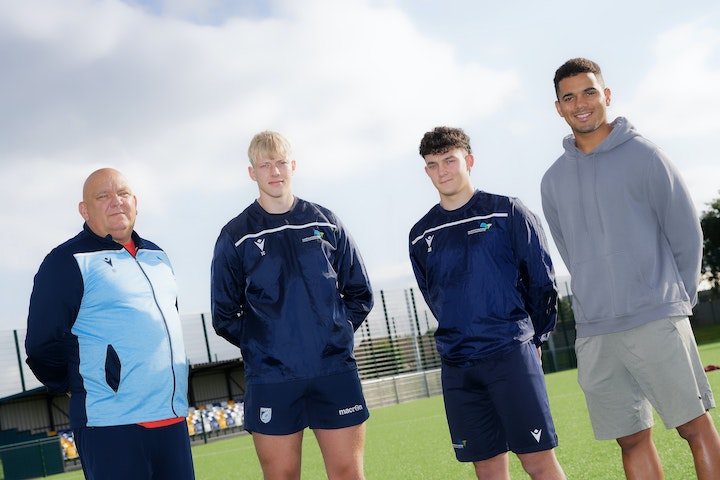