Cardiff and Vale College’s Basket Ball Academy entered the Colleges Wales Sport Basketball Championship for the first time as an Academy – and won it this week.

The win means CAVC Basketball Academy, one of the College’s newest Sport Academies, will go on to represent Wales in the British Colleges Championships next year.

The academy was drawn in Group 1 against Merthyr College, Coleg Cambria, NPTC and St David’s Sixth Form College. After a few wins the final match against St David’s was a tense affair, with CAVC finally winning by a point.

The saw the Academy drawn against the second best team in Group 2 – Coleg Gwent, who posed a strong inside presence to deal with. With each team trading baskets in the semi-final, the CAVC Basketball Academy came out on top.

The Academy then drew St David’s for the final match. CAVC fared better in the final, playing with poise and confidence, with Captain Josh Brown sealing victory with a big and-1 play late in the game which put the score out of reach of St David’s.

The CAVC Basketball Academy finished the Welsh Colleges Sport Basketball Championship with a 6-0 record over the competition.

Josh Brown, CAVC Basketball Academy Captain and Welsh International, said: "It was great to get out there and compete in the Colleges Wales Sport Basketball Championship, I believe we all did our jobs through the group and knockout stages of the tournament and found our roles in the team as we progressed. “Winning the Welsh championship has helped with the cohesion of the team, but it doesn’t stop here - we are all now looking forward to competing in the British championships in May!" CAVC Head of Basketball Ieuan Alex Jones said: "I am very proud of the boys for their performance throughout the tournament. They overcame adversity as a group and performed when the pressure was on during the knockout stages to come out as the Welsh college champions! “We have only been training as a group for a few weeks now and this result shows the progress the boys are making but also the great potential they have to continue to improve individually and collectively. We are very excited to be competing in the British championships in May!" 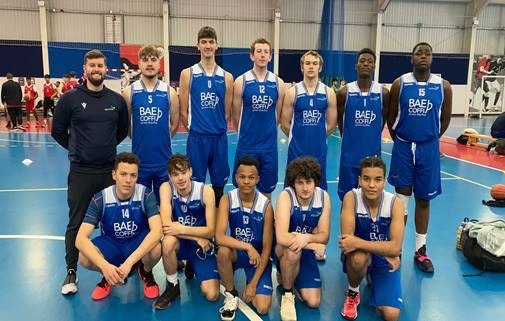