Performing Arts students from Cardiff and Vale College have appeared on stage with comedian Jack Whitehall as part of his new touring show, Stood Up.

The learners are set to join him again when the show returns to Cardiff in the New Year.

Jack’s agent contacted the College to ask if any learners would be available, and they jumped at the opportunity. Eleven students – five BTEC and six Foundation Degree in Performing Arts – took part in the stand-up show’s big production finale.

Foundation Degree in Performing Arts learner Andrew Parsons said: “It was a lot of fun and a great opportunity – we had to learn a small dance routine. It was good to get such experience of working in the profession. “I was a lot more nervous than I thought I would be but everyone was really supportive. It has definitely helped me with my confidence.” Fellow Foundation Degree in Performing Arts student Chelsea Paterson said: “It was amazing – I couldn’t shut up about it afterwards! I have performed before in front of an audience but this was the biggest. “This will 100% help me in my chosen career – I will definitely put this on my CV. I want to be a performer on stage in my later life anyway so it’s a big thing for me.”

The Foundation Degree students will join Jack Whitehall again when Stood Up returns to the Motorpoint Arena in Cardiff and 3rd-4th January. 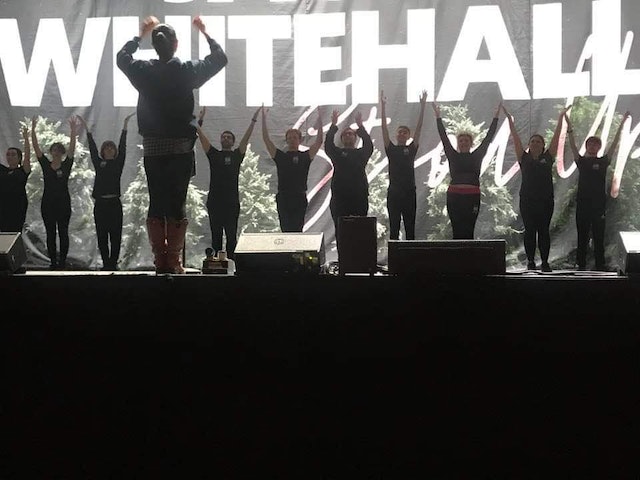