Record year of A Level success for Cardiff and Vale College

Cardiff and Vale College is celebrating another record year of success with more students than ever before achieving their AS and A Level qualification.

In the first year of the new, reformed A Levels nearly two thirds of CAVC students achieved A-C grades. In a year of increases across the board, the number of students gaining their A2 qualification was up 5% on last year and at AS Level the figure increased by 9%.

The College saw more students sit A and AS Level exams than ever before and the results maintain its commitment to providing a high level of quality of A Level education.

Several subjects including Further Mathematics, Photography and Graphics have recorded 100% pass rates, and CAVC learners will be progressing on to leading universities, including Oxbridge colleges and other members of the Russell Group of elite universities. Many subjects, including Graphics, Film Studies, French, Government and Politics, Hisotry and Psychology saw more than 50% of learns gain A*-B grades.

CAVC Principal Kay Martin said: “It is always a real pleasure to meet our students and hear the individual stories of personal achievement on A Level results day as these young people embark upon the next chapter of their lives. “Each year we see more and more Cardiff and Vale College students achieve their A Level and their AS qualifications. I am delighted that for so many people their hard work has paid off and they are now able to progress into further learning, university or employment.”

One of CAVC’s highest achievers for 2017-18, Bethan Hearne has secured a place at Oxford University to study Psychology by achieving A* grades in Psychology and Biology and As in Maths and Welsh Baccalaureate.

“I don’t really know how I feel – it hasn’t sunk in yet but I am happy!” Bethan (pictured above) said. “I wasn’t expecting it. “I really enjoyed College and it pushed me out of my comfort zone. I would never have got this far in my old school. “I’m looking forward to the next three years, carrying on studying something I enjoy - then I’ll see where life takes me.”

Jack Browne achieved an A* in Psychology, an A in Computer Science and an A in Welsh Baccalaureate. He is now off to Bristol University to study Experimental Psychology. 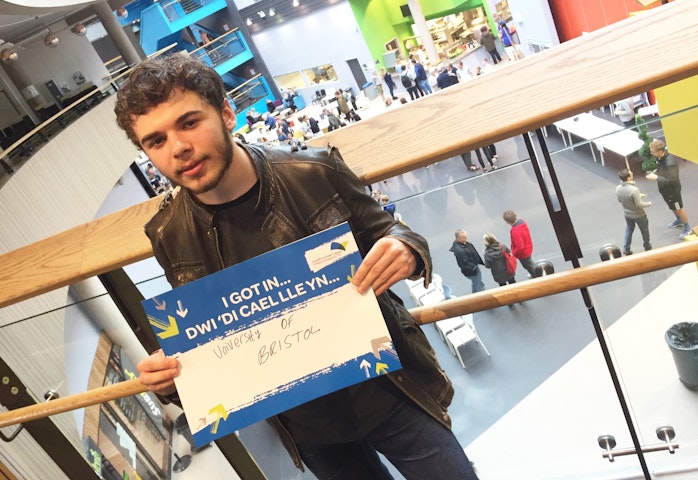 “I feel really good about the results – they were not what I expected,” Jack said. “The University of Bristol was the only place I wanted to go; I wasn’t looking at any others, to be honest. “I owe all of this to the College. It was a really good learning environment and the teachers were all really helpful.” Tegan Frizelle achieved As in Maths, Chemistry and the Welsh Baccalaureate, and a B in Further Maths, and is going to Cardiff University in September to study Chemistry. 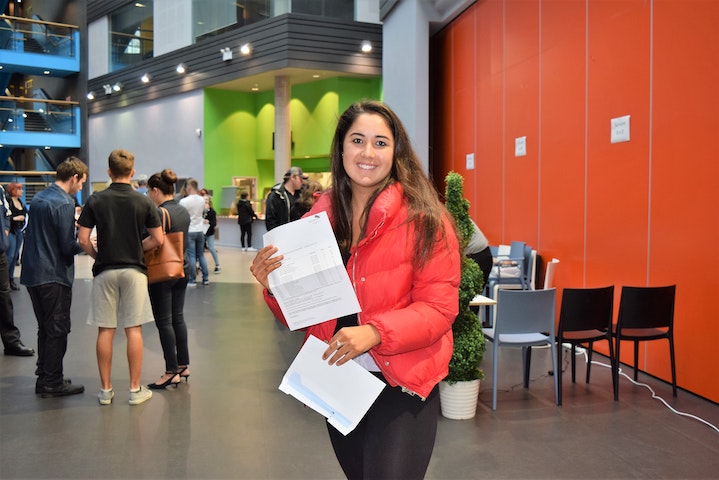 “I’m just relieved at my results because I put in so much hard work for them,” Tegan, who represented Wales in an international swimming tournament in France in 2017, said. “Last year I got Bs and Cs so I put everything in to this year and gave up swimming to concentrate on my exams. “Coming to College was different for me as I came from a boarding school, but the teachers have helped me so much more than I have ever had in the past – they’ve been really supportive.”

Holly Morgan did not expect to get the results needed for university, but she achieved an A in Psychology, a B in Sociology and a C in Religious Studies. 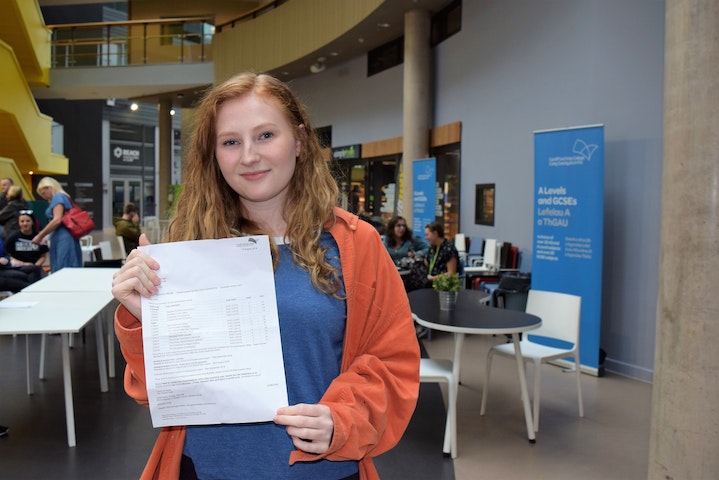 “I spent the most part of the year not in College because of my mental health,” she explained. “I had lots of meetings to work out how to get me back into the College and now I’ve got into my first choice of university and it’s in the Russell Group – Birmingham. “I didn’t think I was going to get into university at all – even a few weeks ago I didn’t believe it. I’ve had an extremely positive experience at the College.”

CAVC Head of General Education Yusuf Ibrahim said: “At Cardiff and Vale College we have a real commitment to continually improve the quality of education for our students and these A Level results are a strong foundation on which to build. We have a number of subject areas where more than half of learners secured A*-B grades and we had more learners than ever. “In the context of the recent A Level reforms and in the context of national averages the College has performed extremely well.”